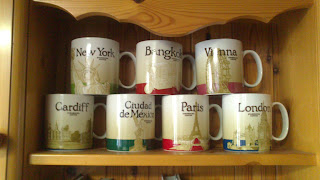 One of my new year resolutions is to get back to blogging more frequently.  Things got crazily busy in November and December last year, and I guess when you run your energy reserves down to zero something has to give.  In this case I was forced to rest by catching the ’flu.  It was grim – nearly a week prostrate, a second week feeling unwell and a third week finally digging my way out of it.  I am now fine and up and running for a creative and productive 2013.

One of my Christmas presents was a book called ‘Pick Four’.  It is about ‘Zig Ziglar’s Legendary Goals Program’.  Basically I have to choose four goals and each day write what I did to work towards achieving those goals.  It is a drip-drip approach with the principle that if you do a little something every day gradually you move towards your goal.

What are my four goals do I hear you ask?
1. to work on learning Welsh
2. to write my third book
3. to practise music
4. to lose a little more weight.

There could have been many other goals to choose but I felt that these four represented a balanced spectrum across creativity, health and work.  The programme runs over twelve weeks and then you look at what you have achieved and either run it again with the same goals or choose new ones.  I think it is interesting choosing just four to focus upon.  I can have a tendency to have too many goals and spread myself too thinly.  I deliberately did not put on the list things that I know I will do anyway (such as my Buddhist practice) or things that I am already succeeding in giving the priority they need.

And the photo . . . ?  When I was in New York a few years ago I bought a mug at Starbucks.  Then I got one when I was in London, and another when I was in Vienna.  Then I thought I should really buy a Cardiff one as that is where I live.  One of our students was going to Mexico and asked him if he would get me a mug from there as this is somewhere I am unlikely ever to visit.  He did and also sent one from Bangkok, Amsterdam and his home city, Paris.  Wow!  How great!  I have never been interested in collecting anything before, but I like the size of these mugs and so the collection has just crept up on me.  (Unfortunately the Amsterdam mug arrived with a broken handle so it is not on display – but is great for storing remotes.)
Posted by Nor’dzin at 21:49

Email ThisBlogThis!Share to TwitterShare to FacebookShare to Pinterest
Labels: home