Art Journal and Zentangle months of the year

For three years I kept an art journal (2014, 2015, 2016). This was my way back into regular artwork. I started one for 2017, but keeping a diary has never been something that has appealed to me in the long term. The journalling part of keeping it was minimal and the imagery was the primary aspect. The entries had increasingly became zentangles, and so it became obvious that tangling was the point for me, not journalling. In July 2017 I created a final zentangle, supposedly as part of the art journal, and from then on I have just enjoyed tangling. 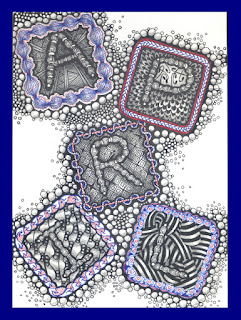 I created three tangles based on the days of the month for the 2017 art journal. These were fun, and perhaps I’ll create the other nine sometime. Sounds like a calendar in the offing to me! 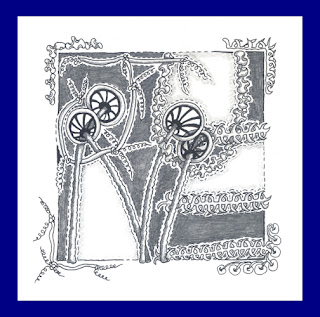